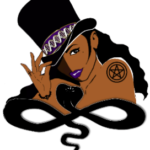 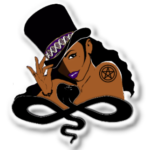 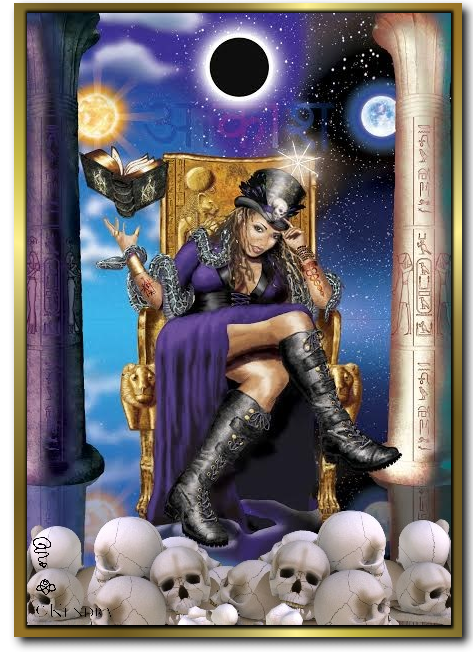 Allow me to introduce myself, My name is Khadijah Samedi.

I am an Oracle Reader who does Occult Readings and Spiritual Consultations. I am also known as an Awakening/Death Coach. Teacher of Occult Science AKA Esoteric teaching, for those that use that lingo and I also teach Metaphysics.

I come from a very Spiritual family, and just like many others, I also have family that are very religious. Living with our Grandparents on my Mother’s side, whose roots are African, Jamaican, Blackfoot Indian and Cherokee Indian, let’s just say at that time, we were different from the average household.

There were lots of things that made us different from our neighbors, other families and friends. My Uncle built 6 to 7 foot cooper and brass Pyramids, for Meditation & Purification.

My Grandmother taught us Meditation by the age of 11. She also taught us never to mourn death, we were taught to celebrate it.

Talks around the house of; Astral Travel, Astral Projection & “Talking to Spirits” was not uncommon in our home. Neither were Spiritual Retreats and Workshops, Like I said, we were not the average household.  Now those were fun times!

I guess you could say I’ve been doing readings most of my life. When I was 17, I started hearing voices (Ancestors). I didn’t know about ancestors back then so, I really thought something was wrong with me mentally. Apparently, I forget how I was brought up and failed to realize what was really happening. I think I was just too young to put it all into perspective. So, I ignored it for as long as I could.

When I turned 28, I could no longer ignore it. I constantly felt a push and a strong sensation to talk to people and give them messages. At night, I could never sleep, constantly hearing the spirits. Little did I know they were teaching and guiding me. I finally accepted my gift and no matter where I was, I was relaying messages to people.  Some people were scared but, most people were inviting and very appreciative. I started to look at pictures and I was able to tap into profound insights. When I would hold someone’s hand or I would hug a person, or simply be in their presence, I would pick up visions, impressions & sensations.

In 2009 I attended a Voodoo Ceremony and man, I’ve got to say, it was like I had done it so many times before. It was not my first time. I started tapping into a past life, but a few nights later, I had a very strong lucid dream. There was a man and a woman with a couple of children around them. They were all dressed in black. The man had eyes that looked so powerfully mystic, nothing like I’d seen before. If I had to explain his eyes looked like the planet Saturn (Hmm my Saturn Return). He started speaking to me and telling me all about my family line, my family history. He told me his name was Baron.

At that time I was staying in a home with several Orisha Priestess. The next day I asked them if they knew of a “Baron.”  They started to explain to me that that was “Baron Samedi”. I had never heard of him until that night. So, I started to research and “Baron Samedi” continued to visit. I later learned the woman was Bridgette. To this day, I still work with Baron Samedi’s energy and understand the energy comes from my Grandfather’s family line and my Fathers Family line.  I now understand all that Baron explained to me when he first introduced himself. Very special time. For those that have asked, now you know where the name, Khadijah Samedi comes from.

Today I do my Oracle Readings, Spiritual Consultations and teachings from all over the world.

I hope to talk to you soon. Much Love.

Allow me to introduce myself, My name is Khadijah Samedi. I am an Oracle Reader who does Occult Readings and Spiritual Consultations.

I am also known as an Awakening/Death Coach. Teacher of Occult Science AKA Esoteric teaching, for those that use that lingo and I also teach Metaphysics.Read more… 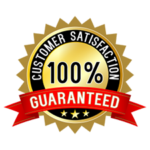 Allow me to introduce myself, My name is Khadijah Samedi.I am an Oracle Reader who does Occult Readings and Spiritual Consultations.

I am also known as an Awakening/Death Coach. Teacher of Occult Science AKA Esoteric teaching, for those that use that lingo and I also teach Metaphysics.Read more…